Why You Should Choose React Native?

The smartphone app market is ever changing, new apps come every day, and some old ones disappear from our memories, and our phones as well. In this tumultuous ecosystem, developers struggle to keep making apps that will please users, because with each new horizon we conquer, their expectations rise. And so to out-do their previous efforts, developers are finding better and more unique ways to create products that will be able to stand in the market.

Native and Hybrid apps are two broad functions of apps in the market. As we already know that Native apps are developed separately for different platforms- Android, iOS, Windows. On the other hand, Hybrid Apps are developed only once and are used on multiple platforms. Now, both of these types, have plus points- Native apps are of better quality, have better UI/UX, are more robust and secure, but they take a long time and a fortune to be built. On the other hand, Hybrid apps are cheaper and quicker to make but suffer from poor performance and quality.

So to choose between quality and cost is a difficult task; you will have to compromise on one front. But there has to be a way to bypass this all together. There is, and it is called React Native.

What is React Native?

The framework’s main selling point is its ability to create cross-platform apps that provide a much better user experience than the current hybrid options on the market, closer to that of native apps.

React Native is an open-source JavaScript framework, designed for building apps on multiple platforms like iOS, Android, and also web applications, utilizing the very same code base. It is based on React, and it brings all its glory to mobile app development.

React Native uses JavaScript to compile the app’s user interface, but using native-OS views. For more complex features, it allows code implementation in OS-native languages (Swift and Objective-C for iOS, and Java and Kotlin for Android).

The Case For React Native

React Native takes a different approach than other hybrid and mobile web models. Instead of trying to simulate native performance, it takes actual native user interface (UI) building blocks and assembles them with React’s special brand of JavaScript.

Because these are the same building blocks iOS and Android use, React Native apps render like native apps. They have the same native look and feel device loyalists expect.

Developers have the option to write and embed custom native code, as well as write in a mixture of native and React to get the exact function desired while maintaining the native appearance.

Native rendering is a huge benefit. Besides the obvious boost to user experience, it gives React Native a host of additional perks.

With React Native, one codebase runs on iOS, Windows, and Android. Only a small portion of the app needs to be customized for each operating system. It provides faster, more reliable performance than hybrid or web apps, too.

In theory, developers build their code once, in JavaScript, and React Native takes care of creating platform-specific versions. In reality, the translation between operating systems isn’t perfect, but there’s still a huge chunk of the codebase shared between platforms.

That cuts development time for an app by as much as half while still supporting multiple platforms. If there’s already a web app, much of that code can be used with React Native to trim development timelines even more.

React Native is a dynamic toolset with a lot of productivity features, like integrated components that provide “shortcuts” to common tasks. The framework also uses hot reloading, so developers don’t have to recompile the entire app every time they make a change.

There are clear savings in both time and money when one app can be repurposed to cover all devices. There are fewer overall development costs and lower up-front investment. Maintaining one code base lowers long-term maintenance expenses.

Even when the additional code to tailor the app for each operating system is considered, there’s much less work involved than in building multiple independent native apps. Plus, more efficient development means that the single React Native app is done sooner than comparable apps.

Add in the shorter time to market (and the ability to begin working towards ROI) and it’s easy to see how the savings add up.

React Native is an open source framework, and as of now its community is thriving and constantly expanding. We can’t forget the involvement of Facebook, as they are constantly working on improvements and elements widening the framework. What this means for you is that even if you encounter a problem that has not yet been solved in React Native you might find a bunch of people eager to help you out as they are concened with making the framework more comprehensive and stable.

As we mentioned, there are no real industry-specific obstacles in terms of using React Native, it all comes down to establishing your app’s key features and competitive advantage.

React Native is a perfectly good solution for all consumer-facing apps as it offers just on-point performance, and it is (in most cases) easier and cheaper to build than two separate native apps with the same service or product. Most of the consumer-facing apps do not rely on complex animations and UIs which, again, makes React Native a great and reliable solution for the endeavour.

See some of the companies in various industries that utilize React Native in their businesses. 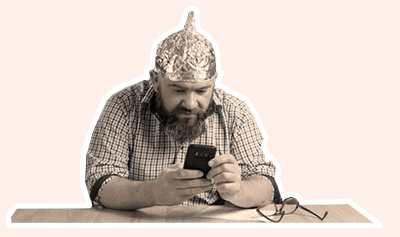 React Native apps are faster to build, easier to use, offer better quality than Hybrid apps, and are cheaper than Native apps, so all and all, React Native gives you the experience of having a Native app, without having to develop one. If you are still not convinced that React Native is the future of Hybrid Apps, then knowing that apps like Instagram and Facebook, Airbnb run on React Native environments, might change that.