React Native technology combines the best elements of native development with an extensive React JavaScript library. It allows fast and efficient updates that are able to render all the corresponding components throughout all the project.

What is React Native?

React Native has been successfully adopted by hundreds of businesses worldwide, including Uber, Microsoft, and Facebook, and is used across a whole range of industries.

React Native (also known as RN) is a popular JavaScript-based mobile app framework that allows you to build natively-rendered mobile apps for iOS and Android. The framework lets you create an application for various platforms by using the same codebase. 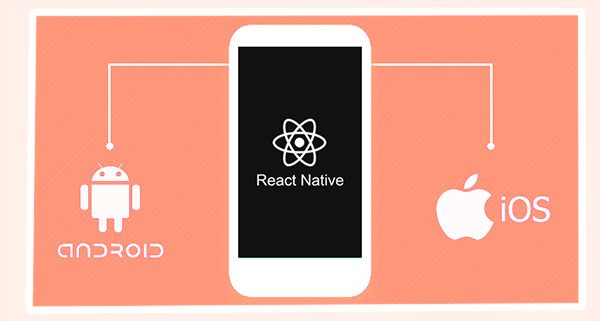 React Native was first released by Facebook as an open-source project in 2015. In just a couple of years, it became one of the top solutions used for mobile development. React Native development is used to power some of the world’s leading mobile apps, including Instagram, Facebook, and Skype. We discuss these and other examples of React Native-powered apps further in this post.

There are several reasons behind React Native’s global success.

Firstly, by using React Native, companies can create code just once and use it to power both their iOS and Android apps. This translates to huge time and resource savings.

Secondly, React Native was built based on React – a JavaScript library, which was already hugely popular when the mobile framework was released. We discuss the differences between React and React Native in detail further in this section.

Thirdly, the framework empowered frontend developers, who could previously only work with web-based technologies, to create robust, production-ready apps for mobile platforms.

What is cross-platform development? 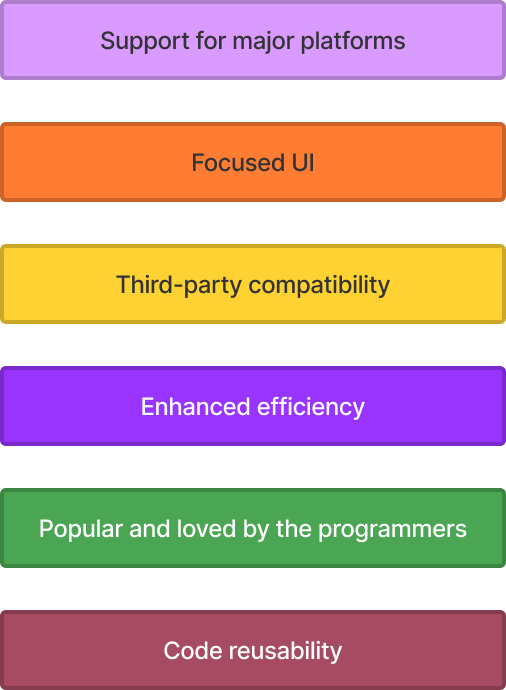 Cross-platform is considered the holy grail of software development – you can build your codebase once and then run it on any platform, as opposed to software built natively for a specific platform. Developers are able to use the tools they're proficient in, like JavaScript or C#, to build platforms they’re foreign to. Software owners are also keen on it as product development, in terms of time to market and costs, is cut in half. What are some of the characteristics of cross-platform development?

You don’t have to decide which audience to target, i.e., iOS or Android users, as cross-platform software runs on both, which gives you access to a wider user base.

There are some navigation and design differences between iOS and Android, which – in cross-platform development – are dealt with by default, thanks to the shared codebase. This helps with creating a consistent app brand identity on both platforms with less effort than if built on native.

This is one of the greatest advantages of cross-platform development – you can build just one codebase for both Android and iOS at the same time. Native app development requires writing code separately and frequently needs two different software developers to perform the job – one for iOS and one for Android.

Since only one codebase is required to handle iOS and Android, and everything is in one place, product development is much quicker. Cross-platform applications are built as single projects, even though they support different devices, and a large amount of code can be reused between platforms.

Building cross-platform applications can be 30% cheaper than building native apps, all thanks to the ability to reuse code and faster development, which directly impacts the cost.

What you’ve read so far might lead you to think that cross-platform development is flawless – it’s not, it has some disadvantages. Let us get into them right now.

It is a common myth that cross-platform apps perform worse than their native counterparts. For instance, both Flutter and React Native aim to run at 60 frames per second. In most cases, cross-platform applications can perform to the same standard as native apps provided that the developers have enough skill and expertise.

With every new feature release for Android or iOS, it takes a while to update both apps to support the new feature. Native apps are provided with the updates quicker.

Facebook is one of the most popular React Native apps, and it’s no surprise we’re mentioning it first, as it gave birth to this programming language and is the main force behind its development.

Skype is another good example of a React Native mobile app. In 2017, Skype announced that it was building a completely new app based on React Native. This brought a lot of excitement from its users, as the older version suffered from a few issues.

Instagram decided to integrate React Native into its existing native app, starting with the Push notification view that originated as the WebView. Luckily, it wasn’t necessary to build the navigation infrastructure, as the UI was simple enough to cope without one. Using React Native allowed product teams to improve developer velocity by 85-99%.

Another interesting React Native example? Walmart’s iOS and Android apps. The American grocer has been known for making bold technological decisions – and one of them was rewriting its mobile apps entirely into React Native.

Previously, some parts of the Walmart app featured embedded web views, which – as Walmart Labs pointed out – fell below “the standard that both we and our customers demand.”

After shifting to React Native, the performance of both iOS and Android apps improved immensely – to a nearly native-level. Ninety-five percent of the codebase is shared for Android and iOS; furthermore, there’s a single team that manages and develops both apps.

React Native is a great solution for creating apps that will work smoothly irrespective of the platform or system they run on. It’s a framework loved by businesses and developers alike. It allows you to save a lot of work hours, resulting in a faster development process, and it is also cost-efficient. It gives you access to a larger audience at once – as one app can be used by both Android and iOS users, the launch can be synchronized, and companies with a smaller budget for development don’t have to choose a single platform only.

Many fantastic products were built using React Native, including Skype, Facebook, Pinterest, and UberEats, which further proves it’s a framework worth considering for app development. While a native iOS and Android solution is still the best option for projects requiring a seamless UI experience and top-notch performance, React Native is a great option if your budget is limited and where satisfactory user experience is sufficient.

React Native is a great option if your project doesn't require a complicated interface, access to native functions (e.g., media players), and when you want to develop for one platform only. Last but not least, React Native is a good choice if your budget is limited. 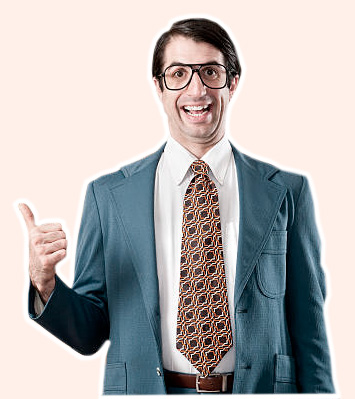 Are you still not sure if it is React Native that you need? Contact our seniors so that you can get detailed advice on how to proceed with your project